Disability in Afghanistan:
Due to the 4 decades of the War and increased insurgents attacks on civilians in Afghanistan have left victims’ families living with permanent impairments disabilities and survivors in dire need of financial, medical, and psychosocial support, according to the present situation reports from various sources.  The Afghan government, International communities and Human rights groups should ensure programs to assist victims of 40 decades of War and International Terrorism. 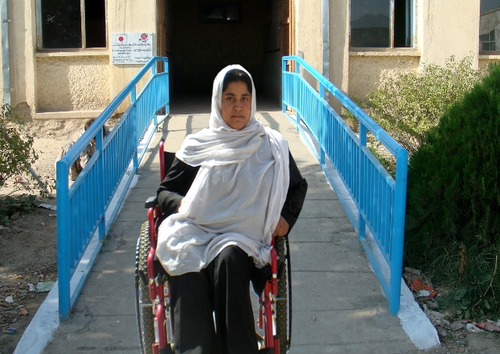 Employment of Persons with disabilities:

The government of Afghanistan did not considered the 3% employment quota for Persons with disabilities thus who are graduated from higher education remained jobless and very difficult to find  jobs due to the discrimination and inactive of the 3% implementation law for PWD.

Disability and Employment:
There are around 3 million people living with various types of disability and half of them are in the working-age, but only limited number of these people has some kind of employment opportunities, while the majority of people with disabilities do not have access to job and employment in the present situation in Afghanistan.

Around (103,000) people with disabilities are registered with the Ministry of Labor, Social Affairs Martyrs and Disabled (MoLSAMD) where they receive a monthly welfare stipend of 300-5,000 Afs. (Approximately 80 USD/per month) per head as social security or pension allowance but this pension fund is discriminative those, who are war victims they are eligible but those who are birth defects such as polio, or inadequate medical impairs are not entitled in the disability pension by the Afghan government of the disability commission.

Disabilities measurement:
Around 24.3% persons of the Afghan population living in some sorts of disabilities according to the Asia Foundation report of 2015.

This figure is increasing through none-stopping of War, population growth, inadequate medical services and the ageing process, says WHO/UNICEF.

Around 95% of Persons with disabilities in Afghanistan living in extreme poverty.

Thank you very much for your attention.